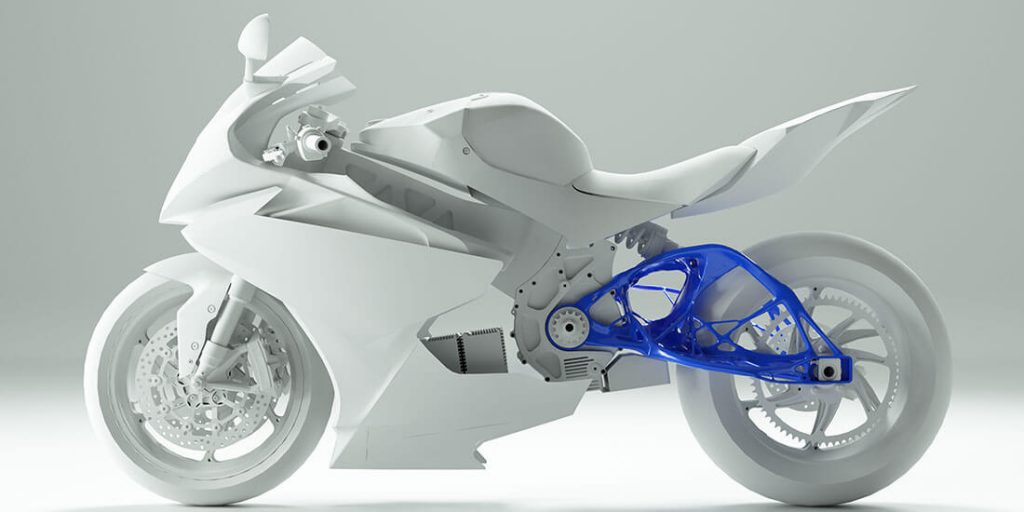 What is Generative Design?

Generative design is an iterative algorithmic design process that computes the optimal part geometry based on a set of constraints defined by the engineer. It is a relatively new tool that is seeing heavy use in many industries, but particularly aerospace. The value of this new design process can not be understated. By automating the design optimization process, a computer can design, test, and iterate several orders of magnitude faster than previously possible.

The output geometry is typically an organic-looking part with lattice structures. Due to the complex geometry, machinability of these parts can be impossible, making 3D printing the only viable manufacturing process. In applications where component mass is critical, the efficiency gained by generative design is significant. Some more modern generative design algorithms are starting to factor in machinability of the output geometry, and with time, we will likely see AI-driven design common place.

It’s important to distinguish the differences between topology optimization and generative design, as they are similar but distinct processes. With topology optimization, you start with your part already modeled, and run finite element analysis to determine regions where material can be removed. Generative design on the other hand does not require an initial model, only a predefined set of constraints.

Topology optimization and Generative Design are both techniques that will become more critical in an engineer’s toolkit as demand to produce more efficient parts increases.